On May 21, 2002, the Holy Father Pope John Paul II accepted the Chaldean Synod’s election of Fr. Sarhad Jammo and named him the first bishop of the newly-created Diocese of St. Peter the Apostle, which covers the 19 westernmost United States: Alaska, Arizona, California, Colorado, Hawaii, Idaho, Kansas, Montana, Nebraska, Nevada, Oklahoma, New Mexico, North Dakota, Texas, Utah, Washington and Wyoming. The Episcopal Consecration of Bishop Sarhad Yawsip Jammo took place at 4:30 P.M. on July 18, 2002, the eve of the Feast of Mar Mari, the apostle to Mesopotamia, at St. Joseph Catholic Chaldean Church in Troy, Michigan, where Mar Sarhad served as Pastor for almost twenty years. The principal consecrator was His Beatitude Mar Raphael I Bidawid, Patriarch of Babylon of the Chaldeans, of blessed memory.

Among those in attendance were: His Beatitude Mar Dinkha IV, the Patriarch of the Assyrian Church of the East; His Beatitude Mousa Cardinal Daoud, Prefect of the Congregation for the Oriental Churches; His Eminence Adam Cardinal Maida, Archbishop of Detroit, His Excellency Emmanuel Delly, Patriarchal Auxiliary; His Excellency Mar Ibrahim Ibrahim, Bishop of the Eparchy of St. Thomas; and His Excellency Mar Bawai Soro, Bishop of California for the Assyrian Church of the East. Mar Sarhad Yawsip was installed as bishop at St. Peter Chaldean Cathedral in El Cajon, California on July 25, 2002.

On August 29, 2017, after the Retirement of Bishop Sarhad Yawsip, Bishop Emanuel Shaleta was installed as Bishop of the Eparchy.

The Diocese of St. Peter the Apostle is split into three Vicariates: South, North, and East. 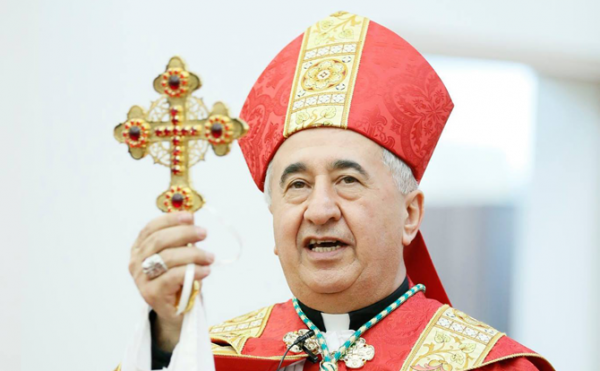 MAR EMMANUEL SHALETAEparchial Bishop
Bishop Emanuel Hana Shaleta (Mar Emanuel Shaleta) was born in Fishkabour-Zakho, Iraq, on November 11, 1956. In 1971, following his primary studies at his village, at the tender age of 15, Mar Emanuel Shaleta entered the St. John Minor Seminary near Mosul, which was run by the Dominican Fathers.

In 1977, Mar Emanuel was sent to the Pontifical Urbanian University where he studied philosophy and theology. During his admittance, he was ordained a priest by Pope St. John Paul II on May 31, 1984.

He continued his studies in the faculty of theology of the Urbaniana University and obtained a doctorate in biblical theology in 1987. 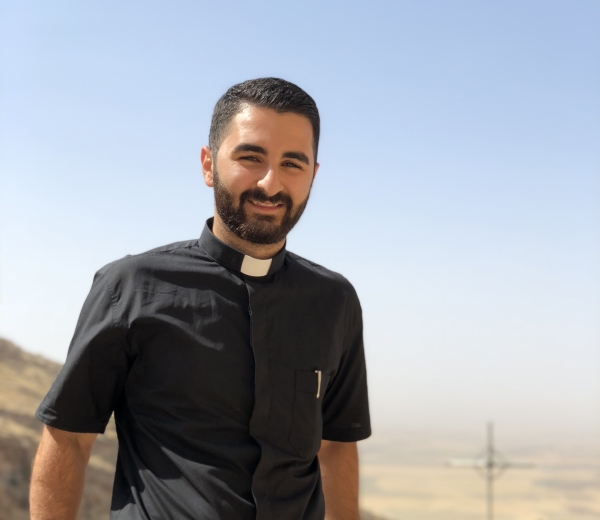 “Keep watch over yourselves and over the whole flock of which the Holy Spirit has appointed you overseers, in which you tend the church of God that he acquired with his own blood.” Acts 20:28 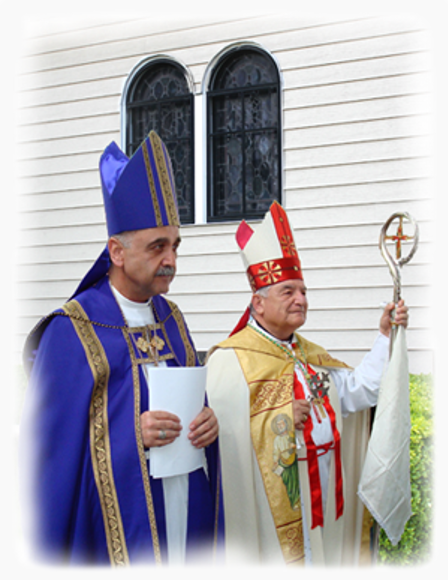 H.E. Bishop Bawai Soro, who as of 10/31/2017 was appointed by our Holy Father Pope Francis as the Eparch of Chaldean Eparchy of Mar Addai of Toronto-Canada, chose the name of Saint Matthew for our congregation and Parish in late 2007. The building was purchased in early 2008 in Ceres-CA. On Saturday evening, May 10th of 2008, H.E. Bishop Sarhad Y. Jammo, first Eparch of the Catholic Eparchy of Saint Peter the Apostle for Chaldeans and Assyrians, in El Cajon-CA, consecrated our new Saint Matthew Assyrian Chaldean Catholic Church accompanied by H.E. Bishop Bawai Soro. During this liturgical ceremony, various clergies and large number of the faithful of Assyrians and Chaldeans were present. On Pentecost Sunday morning, May 11th of 2008, both Bishops, various Clergies, members of our Parish, and friends from other Parishes celebrated the first Holy Mass at Saint Matthew Assyrian Chaldean Catholic Church.

In 2016 H.E. Bishop Sarhad Y. Jammo retired, and in August of 2017 H.E. Bishop Emanuel Shaleta was appointed by our Holy Father, Pope Francis, to be the Eparch of our Chaldean Catholic Eparchy. Also, in April of 2017 Fr. Joseph Kachappilly was appointed as our Parish Priest. In December of 2019, Fr. Peter Patros

Our Parish maintains her tradition in celebrating all liturgical services throughout the year, by which, parishioners continue receiving the blessings of being universally one in Christ- One Holy Catholic and Apostolic Church. In the House of The Lord, there are many ways where one can actively participate in proclaiming the Gospel, and entering in union into a community of Faith. So come join us; schedule of regular services and special events are posted on our Parish’s website Home Page.

Saint Matthew’s Church is dedicated to reaching the faithful. Connect with us on our Facebook Page!